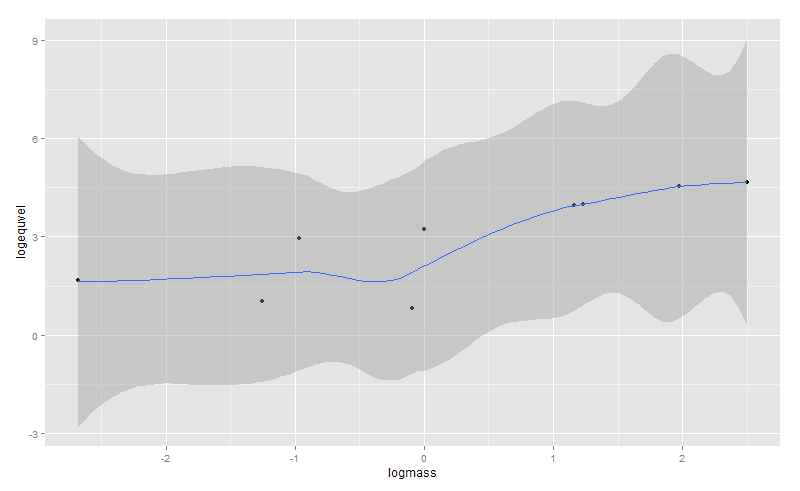 The blue line running through the points is a local regression fit and represents a statistical connection. However, there are four prominent outliers. They represent Mercury, Venus, Earth and Mars, the System’s rocky, inner planets. Their spin-mass correlation deviates from the normal because they are close to the Sun, whose gravitational pull exerts a tidal force on the planets that slows them down. Earth and Mars are also influenced by the gravitational effects of their moons. Anyway, I’ve already written at length about this fascinating connection. What I want to highlight here are more such connections.

The rotation period of a planet describes the time taken for the planet to rotate once around its axis. If mass and equatorial velocity are related, then mass and rotation period can be related, too, if there is a connect between mass and planetary radius, which in turn implies there is a connect between radius and density, which in turn implies that planets that can get only so big and so dense before they become implausible, presumably – a conclusion borne out by a study released on May 26. 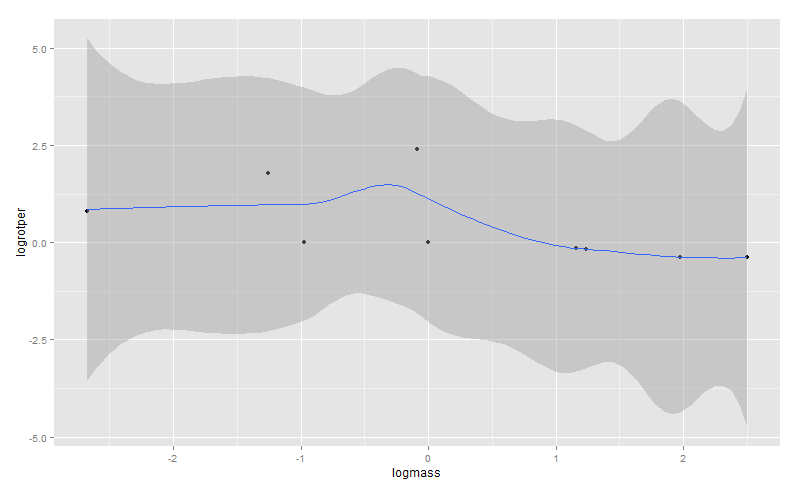 Image: A log-log plot between planetary mass and rotation period.

If a planet can only get so big before it becomes puffy, and its mass is related to its rotation period, then its density and rotation period must be connected, too. The chart below shows that that hypothesis is indeed borne out (it’s not my hypothesis, FYI): log(density) increases as log(rotation period) does, so denser planets rotate faster. However, the plot shows significant variation. How do you explain that? 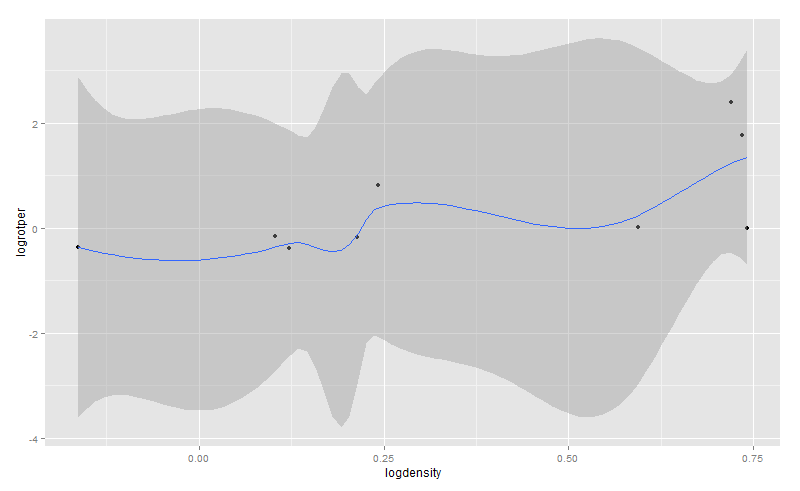 Image: A log-log plot between density and rotation period.

Turn to the Solar System’s early days. The Sun has formed and there is a huge disk of gas, rocks, dust and other debris floating around it. It exerts a gravitational pull that draws heavier things in the disk toward itself. As it becomes more energetic, however, it exerts a radiation pressure that pushes lighter things in the disk away. Thus, the outermost areas of the disk are mostly dust while the inner areas are heavier and denser. It’s possible that this natural stratification could have created different bands of material in the disk of different densities. These different kinds of materials could have formed different kinds of planets, each now falling on a specific part of the log(density) v. log(rotation period) plot.

Of course mass and density are related: the relation is called volume. But what’s interesting is that the volume isn’t arbitrary among the Solar System’s planets. It rises and then dips, which means heavier planets are less dense and, thus, more voluminous. For example, Jupiter is the heaviest planet in the Solar System – it weighs as much as 317 Earths. Its volume is more than 1,300-times Earth’s. However, its density – 1.33 g/cm3 versus Earth’s 5.52 g/cm3 – shouldn’t be surprising because it’s made of mostly hydrogen and helium. Which is just what we deduced based on the mass-period connection. 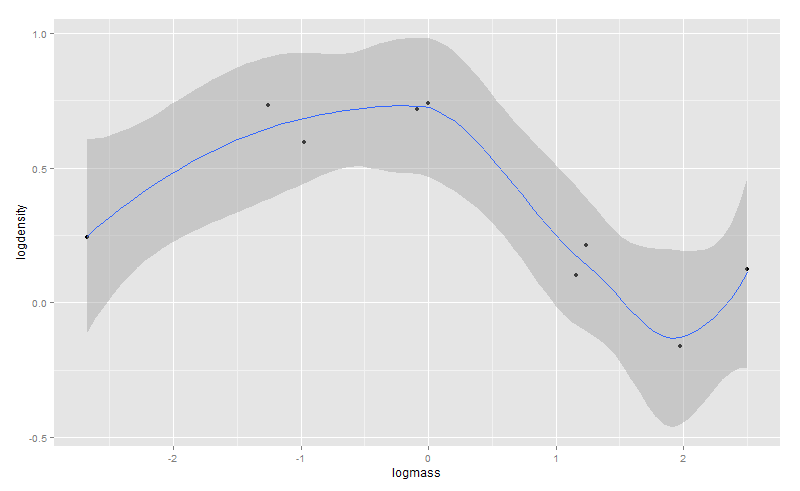 Image: A log-log plot between mass and density.

One way to find out if there’s any merit in this exercise is to conduct a detailed study. Another way is to perform a regression analysis. I’m not smart enough to do that, but I’ll blog in detail about that when I am.